ServiceMaster Restore serving Naperville, IL provides water damage restoration for frozen and burst pipes in Naperville, IL.  We use advanced water extraction equipment to remove the excess water and dry the affected areas and we can restore the damage caused by the water. 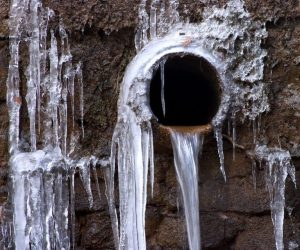 A burst pipe can be caused by several different issues and the effects of a pipe burst can result in serious damage in your home.  It is possible for pipes to burst due to damage, wear and tear, and improper installation, but frozen pipes are the most common cause of a burst.

Pipes in homes and buildings are at risk of freezing when the outside temperature drops below freezing.  When water freezes within a pipe, the ice will continue to expand and put pressure on the pipe, eventually causing a burst.  It is possible for hundreds of gallons of water to spill into your home if it is not noticed right away.

The best protection against frozen pipes is to prevent them in the first place.  These tips will help you prevent your pipes from freezing:

The amount of water that spills out of a burst pipe can quickly cause serious damage including structural damage and mold growth if the water is not contained.   You must immediately shut off the water in your home if a pipe burst occurs and call our professionals to handle the restoration of the damage.

At ServiceMaster Restore serving Naperville, IL, we are experts when it comes to providing water damage restoration.  We will remove all excess water using advanced water extraction equipment and dry the affected areas with dryers and dehumidifiers.  Once the water is removed and the area is dried, we can restore the damage caused by the water.  Calling us as soon as possible after a burst pipe will help limit the spread of the water and avoid more serious repercussions like structural damage and mold.

If a pipe bursts in your home or building, it is important to remember to call our professionals immediately for water damage restoration.  We use the best equipment and methods of the industry to fully restore the damage caused by a burst pipe.  You can call us 24 hours a day at (630) 896-0030 for frozen pipe damage restoration in Naperville, IL.

“I manage several residential units and have relied on ServiceMaster for years”
Phillip M., Aurora, IL
“Technicians were fantastic, courteous, on time, clean, and went the extra mile”
Kevin A., North Aurora, IL

SCHEDULE AN APPOINTMENT
Call Us Now