Home » Do I Need My Sump Pump in the Winter?

Do I Need My Sump Pump in the Winter?

by ServiceMaster Of Aurora | Dec 29, 2021 | Tips And Checklists, Water Damage 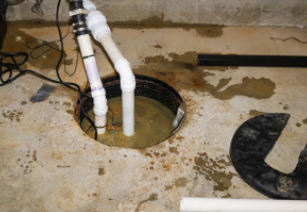 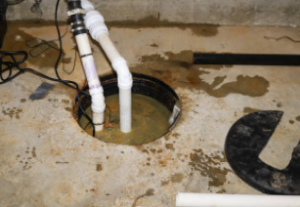 A sump pump protects the home from rising water levels

What does a sump pump do?

A sump pump is designed to move rain and floodwater from the basement and out of the home. Featuring a naturally constructed pit (a hole beneath the surface of the basement floor), the sump pump operates with valves that sense rising water levels or pressure.

A designated drainage area may be a pond, dry well, or neighborhood drain. The drain point should ideally be positioned far away from the home’s foundation, such as 10 to 20 feet, to prevent the water from returning to the home. Building codes determine where the pump can drain.

Why is a sump pump needed in winter?

Although the sump pump is not needed as often during the winter months, the pump is critical when the snow or ice melts. A sump pump may kick in to eliminate excess water at the height of winter. Homeowners should, as a result, ensure that the pump works without failing. 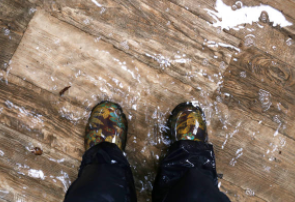 Homes without a working sump pump are at risk for flooding

How do homeowners prep a sump pump for winter?

If the sump pump’s discharge pipe passes through an area that is unprotected from the cold, the water inside the line will freeze and lead to a blockage that prevents water from flowing through. The pump must work harder to push water through, and could fail.

A first line of defense against frozen discharge pipes is to bury them at least two feet below the area’s frost line. Alternately, insulation can prevent the discharge pipes from freezing in the subfreezing temps of winter; hay or tarp serve as adequate forms of insulation.

A basement has little insulation, making it one of the coldest parts of the home. Heat the home to prevent the pipes, including the discharge pipe, from freezing. Avoid setting the thermostat to lower than 55 degrees, since that is the lowest temperature to prevent frozen pipes.

Water inside the sump pump basin can turn into ice. Homeowners who run a steady trickle of water will prevent ice from forming. Flowing water rarely freezes; so, if possible, turn on a cold water tap and let it drip throughout the winter to avoid the risk of frozen pipes.

Keep the sump pump plugged in throughout the winter. Winter weather conditions can change in an instant—an unexpected warm front can pass through the vicinity. Homeowners who forget to plug the sump pump back in can end up with a wet basement when the snow melts.

It is important that homeowners test the sump pump on a routine basis. Frequent testing ensures that the pump will run at the opportune times—namely, during the unanticipated winter thaws. Simply run water through the sump pump in the winter months to ensure it is still functional.

Homes without a working sump pump during the winter are at risk for flooding and water damage. If your residential or business property undergoes water damage, call a water damage cleanup professional. Their crews will arrive quickly, stop the spread of damage, and return your property to its pre-loss condition.

Water damage can be the outcome of diverse events, from malfunctioning sump pumps, leaky appliances, or burst water pipes. A leaky roof and severe weather events can also cause significant water damage. Trained technicians will repair water damage caused by any source.

Comprehensive water damage restoration services start with an onsite assessment of the damage. Using advanced equipment, specialists extract the excess water and set up powerful dehumidifiers to thoroughly dry out the property. Repairs of damaged drywall and flooring are also available.

SCHEDULE AN APPOINTMENT
Call Us Now